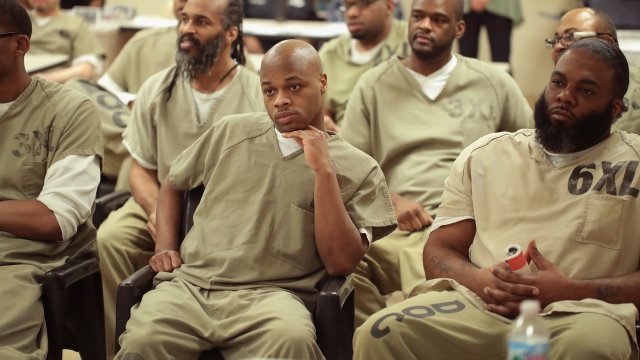 Turn inmates away from a life of crime and make them productive citizens who don't end up behind bars again. Goes without saying: While rehabilitation is the goal, it's not always the reality when you check the official numbers.

About 95 percent of inmates in state and federal prisons will eventually get out. For reference, in 2016, that was about the population of Vermont. Here's the hitch: About 40 percent of inmates wind up back in prison within three years. That's another criminal charge, even less hope of a bright future.

That is where education comes in. About 65 percent of prisoners haven't finished high school, 14 percent haven't made it past eighth grade. 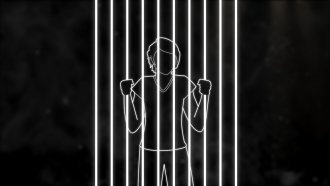 The Federal Bureau of Prisons requires in most cases that prisoners earn a GED certificate while incarcerated, or they spend at least 240 hours in a literacy program. If they don't speak English, same deal. Programs at state prisons are similar.

But a federal assessment found much more can be done, requiring a boost in investments and the quality of education. Yes, this is about rehabilitating lives of course, but money still matters.

The recession didn't help. A Rand Corp. survey found that most states cut correctional education budgets — more than 20 percent, in some cases, leading to fewer teachers and fewer courses. College education is much less consistent when you look across the federal and state landscape.

Keep in mind, though: Research has shown the more education an inmate gets, the less likely he or she will return.

Some 300 college programs were launched following the 1965 Higher Education Act, then came the 1994 Clinton Crime Bill, which banned inmates from receiving taxpayer-funded Pell Grants. So in prisons, instead, courses are typically taught by fellow inmates, or they're done through correspondence, which can be costly out of pocket.

Despite all that, a few correction ed programs survived with private funding. Plus there's been the pilot programs, like the 2016 "Second Chance Pell Grant" program, which awarded 12,000 inmates about $5,800 each in 141 state and federal prisons. The numerical cost of that is $30 million. The potential benefit is still unknown, but we might have some clues here.

"If an individual participates in any type of correctional education program — whether it be adult basic ed, GED preparation, college education or vocational training — they had a 13 percentage point reduction in their risk of being re-incarcerated," a RAND researcher told NPR.

In other words, participants have a 43 percent lower chance of returning to prison than their counterparts. If you break that down to dollars involved: Educating one inmate ranges from $2,000 to $4,000 a year, while incarceration for the same person ranges from $30,000 to $40,000 annually.

Every dollar invested in a prison education program will save taxpayers between $4 and $5 in re-incarceration costs, according to RAND. Now the question remains: Would the taxpaying public see the programs as handouts to criminals or a way to better society and reduce their tax burden?