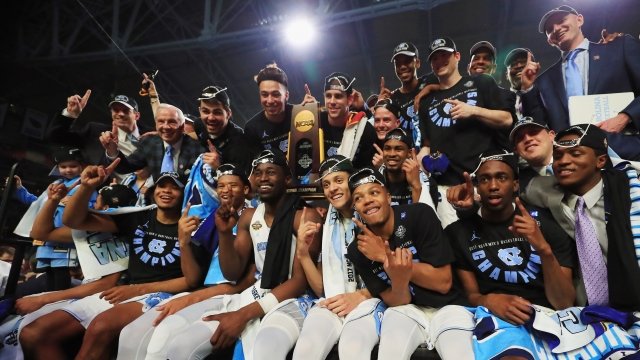 SMS
Public Support For Paying College Athletes Is Still Largely About Race
By Jamal Andress
By Jamal Andress
March 15, 2018
Paying college athletes is not an explicitly race-focused conversation, but considering how many black people play, it's hard to separate the two.
SHOW TRANSCRIPT

As we enter March Madness season and NCAA college programs around the country deal with a sprawling FBI investigation, the debate around paying players is as relevant now as it's ever been.

Compensating college athletes is not an explicitly race-focused conversation. But with black athletes making up 44 percent of Division 1 college football players and 55 percent of college basketball players, it's hard to separate the two.

Research into this area has confirmed as much. Emily Guskin works as a pollster with The Washington Post. While Guskin can't speak to why race is such a powerful factor in this poll, she can confirm it was the best way to predict whether someone supported paying college athletes.

"Fifty-four percent of African-Americans said that college athletes should be compensated compared to 41 percent of Hispanics and 31 percent of whites," Guskin said. "That was the biggest difference we saw while going through this data."

Another study specifically measured racial resentment, which is essentially a subtle hostility toward people of color, and its link to paying college athletes. 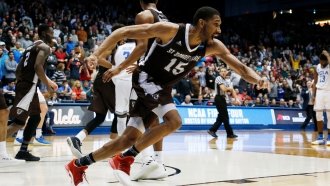 Guskin added: "They're not aware. It's implicit. And for others, it's more explicit. They don't want African-Americans to benefit financially in this sense, and they use those attitudes to sort of frame, or structure, their opinion on pay for play."

This past year, the NCAA — a nonprofit organization — passed a billion dollars in revenue for the first time in its history, with the largest chunk of that money, more than 80 percent, coming from its TV and marketing contracts.