Paula Broadwell Wants To Move On From Petraeus Affair 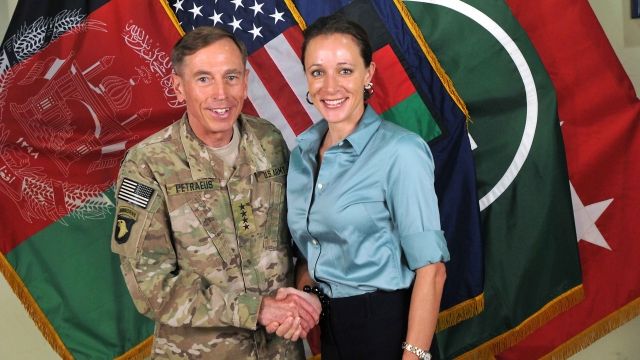 It's been five years since former Army Gen. David Petraeus and his biographer Paula Broadwell had an extramarital affair.

"I've reached a point where I feel like, 'You know what? I need to fight back for my life,'" Broadwell told "CBS This Morning" co-host Norah O'Donnell.

Petraeus pleaded guilty last year to a misdemeanor charge of mishandling classified information. He gave some of his notebooks with the information to Broadwell while he was director of the CIA.

Although Petraeus is currently serving probation for mishandling classified information he gave to Broadwell, he appears to have moved on with his life. He works for a global investment firm and is reportedly being considered for secretary of state by President-elect Donald Trump.

Broadwell said Petraeus and his family have a right to move on — but she does, too.

"As I woke up to the news, it was a bit of a shocker that he was being considered for a Cabinet position. I was both shocked that I'm still in this tenuous position and yet happy because I think he should be able to go on with his life. He's earned it," Broadwell said.

Broadwell told "CBS This Morning" a military recruiter told her a well-known bank probably wouldn't hire her for a position because it would be "front-page news."

She was never criminally charged. But unlike Petraeus, who had already retired from the military when news of the affair broke, Broadwell had her promotion revoked, and she recently received a formal reprimand.

Broadwell's experience is similar to that of Monica Lewinsky, an intern who had an affair with then-President Bill Clinton. Like Petraeus, Clinton moved on from the affair, giving speeches and forming the Clinton Foundation.

However, Clinton was impeached — and his indiscretions did come up during Hillary Clinton's 2016 presidential campaign.

In her 2014 Vanity Fair essay, Lewinsky described her own struggles in landing a job because of her "history." She had previously stayed silent for a decade.

Lewinsky is now an anti-bullying activist and speaker. Broadwell has recently started Think Broader, a foundation that aims to highlight social bias in the media.