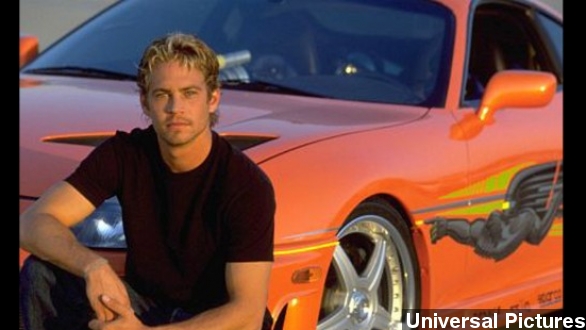 Just days after the release date of "Fast & Furious 7" was announced, we now know some details of what will happen with the late Paul Walker's character.

After speculation that Walker's character, undercover cop Brian O’Connor, would be taken out of the film, The Hollywood Reporter says Universal Pictures will retire the character rather than kill him off. (Via Universal Pictures / "Fast & Furious 6")

Writing, ​the film's director, writer, along with Universal's lead executive on the "Fast" films, "pored over the footage ...The trio then devised a plan to tweak the existing script so that Walker would remain a part of the story but could be written out, allowing the franchise to continue without him."

Universal has yet to comment on the reported new plan for the movie. Production was initially halted following Walker's fatal car crash in November.

There's also speculation that Walker's look-a-like brother, Cody, could step in the fill the spots needed to make the new plot work.  (Via Daily Mail)

The cause of Walker's death was "combined effects of traumatic and thermal injuries." The car he and friend Roger Rodas crashed was going about 100 mph. (Via E!)