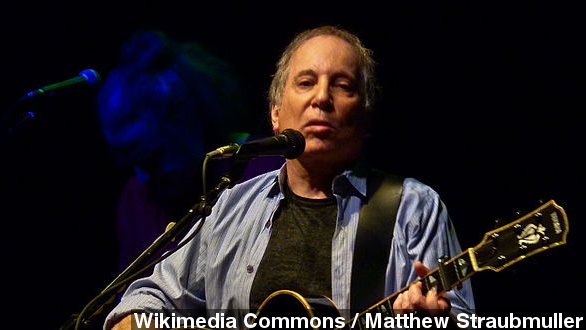 Grammy Award-winning music legend Paul Simon and his wife, Edie Brickell, have been arrested for charges on disorderly conduct.

The couple showed up together in court Monday morning after police responded to their Connecticut home Saturday night over an alleged dispute. (Via WVIT)

In a statement Monday, police said they investigated a "family dispute" after receiving a "911-hangup call" from an undisclosed source in the home. One officer told The New Canaan Advertiser the dispute involved "some yelling and screaming and pushing."

"It was a minor altercation; sufficient to require an arrest but not significant enough to be called punching or anything like that." (Via News 12 Connecticut)

According to The Hartford Courant, police say "aggressiveness on both sides" resulted in minor injuries but did not go into any more detail.

Police say Simon and Brickell cooperated with officers and both agreed to appear in court Monday.

Seventy-two-year-old Simon rose to fame, of course, as half of the duo Simon & Garfunkel, which brought us hits such as "Bridge Over Troubled Water" and "Mrs. Robinson" in the 1970s. (Via Sony Music Entertainment)

Forty-eight-year-old Brickell, also a singer, is known for her work with her band New Bohemians. She's Simon's third wife. The couple has been married for 22 years and have three children together. (Via Geffen Records / Edie Brickell & New Bohemians)

It's unclear whether any of the couple's children were home during the incident.