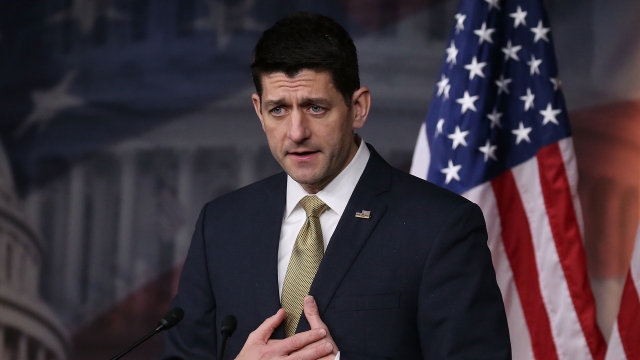 After Congress enjoys its Independence Day recess, the House will surprise basically everyone by voting on restricting gun rights. On a phone call with other Republicans, Speaker Paul Ryan vowed to vote on legislation that would block suspected terrorists from purchasing guns.

Currently, there's one bipartisan gun bill introduced by Florida Republican Rep. Carlos Curbelo that would keep people on the no-fly list and the selectee list from buying guns. It also creates an appeals process for U.S. citizens and green card holders who want to buy guns and are on those lists. It would add a "lookback provision" that would alert the FBI when anyone who has been on those lists within the past five years buys a firearm.

And Ryan seems really serious about some type of gun control legislation, calling gun restriction for terrorist suspects "common sense." But he wants to address the issue carefully to protect not just the Second Amendment but also due process.

The House has stayed away from gun legislation in the past, but that seems to have changed after Democrats conducted a more-than-25-hour sit-in asking for action on gun control — taking over the floor and the news cycle for a few days. Democrats have promised to stage another sit-in if they don't get a gun control vote.

Any gun control measure has an uphill political battle, but the public might be on board with this one. According to a new CNN/ORC poll, 85 percent of those polled supported banning people on federal watch lists from buying guns.

This video includes clips from CNN, C-SPAN, NBC and Speaker of the House Paul Ryan.