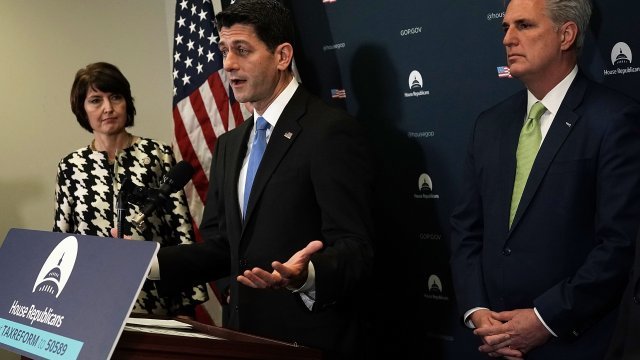 "We want a DACA solution. Guess what? In order to shift our focus and get on to the next big priority, which is a DACA solution, we got to get this budget agreement done so that we can go and focus on this," Ryan said.

He argued the House should pass a government spending bill Thursday before talking about a DACA fix.

His statement comes the day after House Minority Leader Nancy Pelosi's more than eight-hour speech. During that, she repeatedly asked Ryan to commit to a vote on immigration legislation. Ryan called the speech "impressive" but didn't say if it swayed him.