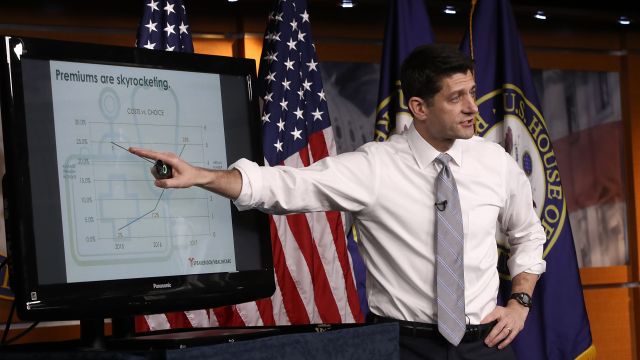 Facing backlash from within his own party, Speaker of the House Paul Ryan turned to PowerPoint to make his pitch for the American Health Care Act — his replacement for Obamacare.

Ryan's main argument: The current bill is only step one.

Ryan told reporters, "There's a lot of stuff we would love to put in the bill. But the Senate rules don't allow us to do that."

To avoid a filibuster in the Senate, congressional Republicans plan to pass the act through budget reconciliation. That means their bill can only deal with matters that affect the federal budget. 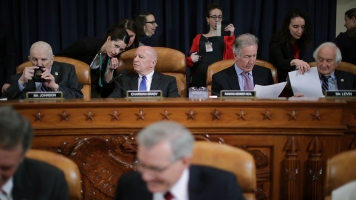 Ryan said the other parts of his Obamacare replacement plan will come from the executive actions of Health and Human Services Secretary Tom Price, as well as future legislation that can be filibustered.

Ryan's other point was urgency. He argued Republicans either have to pass this specific bill or take responsibility for the negative effects of Obamacare.

It's going to be a tough sell. The bill has faced Republican criticism for involving both too much government and not enough government.

But Ryan does at least have one big asset on his side: President Trump has defended the bill and is lobbying conservatives to send the proposal to his desk.