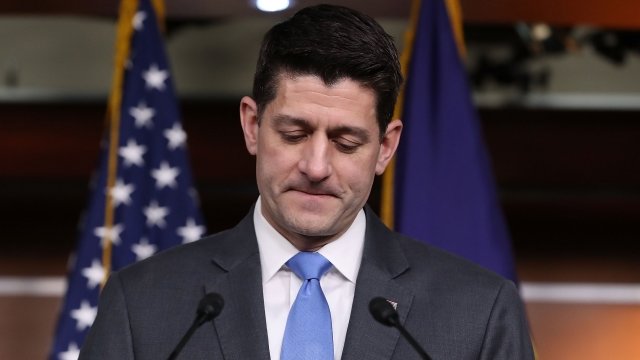 SMS
Paul Ryan Quits, Leaving A Fractured GOP Looking For Leadership
By Eugene Daniels
By Eugene Daniels
April 11, 2018
Ryan won't seek re-election this year and will leave Congress when his term is over in January.
SHOW TRANSCRIPT

There've been reports for weeks and weeks that House Speaker Paul Ryan was hitting the road back to Wisconsin for good, but he and his team pushed back on that — until Wednesday.

In his announcement, Ryan said his decision was about family and not being a "weekend dad" to his children. But it's not the only reason. Ryan never wanted to be speaker; he's a policy nerd who wanted to cut taxes and reform things like Medicare and Medicaid. But the job became more difficult with a fractured caucus and an unpredictable president.

Ryan joins the dozens of Republicans heading for the exit this year, with many of them looking at the mounting evidence of a blue wave heading for D.C. The generic ballot average from Real Clear Politics is showing a seven-point advantage for Dems in the midterms this year.

"I think he sees the writing on the wall, which is that this is going to be a really tough year for Republicans. These retirements aren't good for morale in the House GOP conference because it makes it look like the rats are leaving the ship," Politico's Daniel Lippman told Newsy recently.

Other retiring Republicans have jumped on the "Never Trump" train, but Ryan's likely to spend the next few months walking a tightrope, polishing the Republican brand without going too hard at any chaos in the White House.

"He has this delicate balance act that he has to maneuver in terms of not criticizing the president too much," Lippman said.

Ryan leaving also sets up a fight that's already been brewing behind the scenes: the fight for his job. Whether it be for the speakership or the minority leader position if Dems take the House, the front-runners seem to be the current House Majority Leader Kevin McCarthy or Majority Whip Steve Scalise. 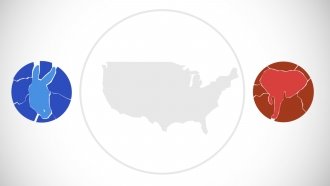 "McCarthy has the upper hand; he is the person in line. But Scalise, if he views McCarthy as vulnerable, he will continue his campaign, and so it's this shadow boxing," Lippman said.

Ryan's exit comes after a slog of a year with the gavel, and he's leaving some of his big initiatives on the table. But he was able to shepherd a tax cut bill through Congress, an achievement he (and other Republicans) are likely to tout.

"I think he'll be seen as a moderately successful speaker. He didn't get everything he wanted accomplished; he didn't get entitlement reform, which he really wanted. He did get tax reform and tax cuts last year," Lippman said.