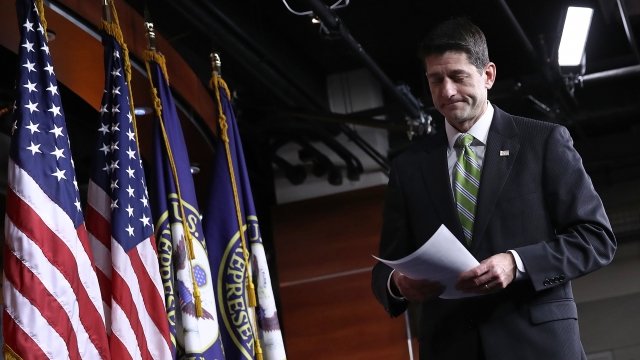 House Speaker Paul Ryan reportedly told some of his colleagues he heard complaints about the House chaplain and says that's why he forced him to quit.

As Newsy previously reported, Rev. Patrick Conroy offered his resignation in mid-April after Ryan asked him to step down. In a New York Times article published Thursday, Conroy was quoted saying it was "unclear" why he was forced out.

The chaplain opens House sessions with a prayer and offers spiritual counsel to members of the House.

After Ryan met with House Republicans Friday, several lawmakers described to The Washington Post his reasoning for dismissing Conroy.

Rep. Bradley Byrne told the newspaper Ryan said "a large number of members" complained "that their pastoral needs were not being met by Father Conroy." While Rep. Bill Johnson said Ryan stressed that his decision wasn't political.

According to NBC, more than 100 lawmakers signed a letter asking Ryan to explain his actions. They reportedly plan to send the document on Friday.