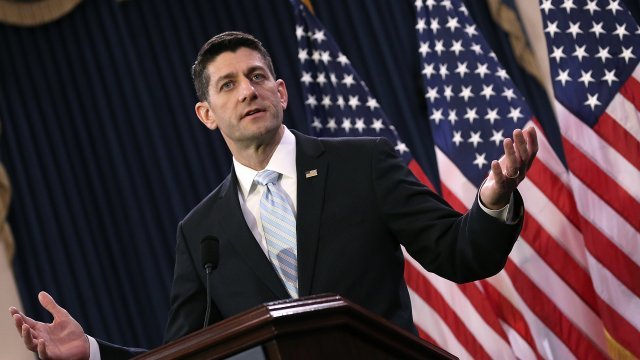 In one of his final moves as speaker of the House, Paul Ryan is pushing for legislation that could provide Irish immigrants with thousands of additional work visas every year.

The law would give Irish nationals access to a "specialty occupation" visa program that's currently reserved for Australians. But since Australians rarely use all of the 10,500 visas available every year, Ryan wants to make the unused permits available to Irish applicants. In return, Politico reports that Ireland would offer similar work visas and other immigration perks to Americans.

The bill easily passed the House in late November and is expected to soon clear the Senate, too. But that doesn't mean it's been free of controversy.

On the one hand, some progressive commentators criticized Ryan for attempting to give additional visas to a wealthy European country while never allowing a vote on legislation to protect Dreamers.

On the other hand, the far-right publication Breitbart called the bill an "amnesty for Irish lobbies" and claimed it would give jobs to Irish graduates at the expense of Americans.

Ryan, who is of Irish descent, has long advertised his affection for the country. The outgoing speaker even said earlier this year that he "wouldn't mind being ambassador to Ireland" when he's in his 60s.

Ryan's spokesperson did not immediately return our request for comment.

If the bill passes the Senate, it will just need President Trump's signature to become law. The president's position on the measure is not yet known.