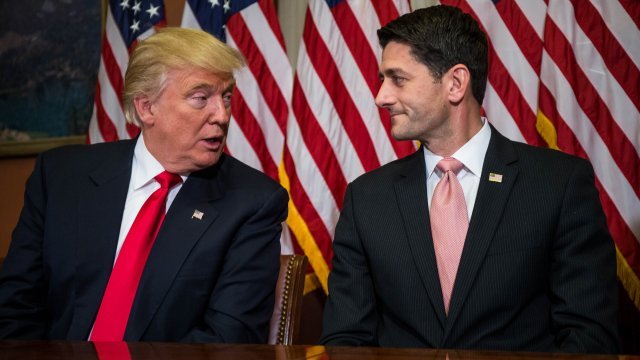 President Donald Trump says he's "not backing down" from his plans to impose tariffs on steel and aluminum imports after House Speaker Paul Ryan's office put out a statement that posed strong objections to the idea.

A spokesperson for Ryan said Monday: "We are extremely worried about the consequences of a trade war and are urging the White House to not advance with this plan. The new tax reform law has boosted the economy and we certainly don’t want to jeopardize those gains."

A spokesperson said last week that Ryan hoped the president would "reconsider ... and look at other approaches."

Several other Republicans have also voiced their disapproval of the proposed tariffs.