Paul Ryan Finally Throws His Hat In The Ring For Speakership 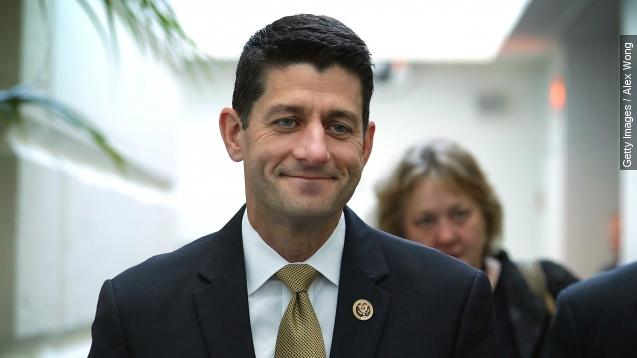 SMS
Paul Ryan Finally Throws His Hat In The Ring For Speakership
By Eugene Daniels
By Eugene Daniels
October 22, 2015
After garnering support from House Republicans, Wisconsin Congressman Paul Ryan announced he will run for speaker of the House.
SHOW TRANSCRIPT

It's official –– Congressman Paul Ryan has announced he will run for speaker of the House, ending weeks of "will he or won't he" media coverage.

Ryan was very publicly against running from the start. But in a letter to House colleagues, Ryan said: "I never thought I'd be speaker. But I pledged to you that if I could be a unifying figure, then I would serve—I would go all in."

Ryan outlined his conditions for running during a press conference Tuesday.

"We as a conference should unify now and not after a decisive speaker election," Ryan said.

And that unification came Wednesday and Thursday when the House Freedom Caucus, Republican Study Committee and "Tuesday Group" threw their support behind Ryan.

If elected, Ryan will take over a divided Republican party. But with his ability to appeal to both the Republican base and grassroots groups like the Tea Party, Ryan might be the best equipped to help those sides compromise.