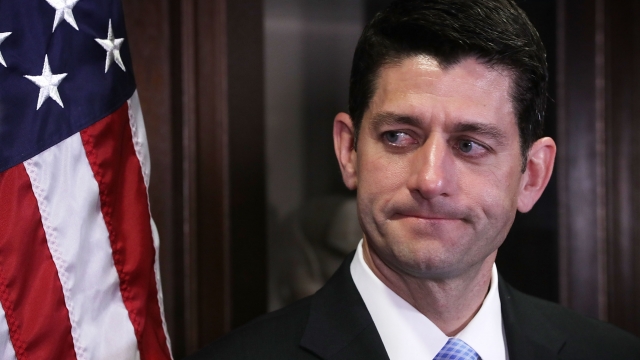 After months of holding out, Paul Ryan has given in and endorsed Donald Trump for president.

The House speaker wrote an op-ed for a Wisconsin newspaper titled "Donald Trump can help make reality of bold House policy agenda." In it, he laid out his plans to turn the GOP into a party of ideas instead of obstructionism. And he thinks the billionaire will be on board with that.

He wrote: "I feel confident [Trump] would help us turn the ideas in this agenda into laws to help improve people's lives. That's why I'll be voting for him this fall."

It's lukewarm endorsement at best, and reads like someone trapped between a rock named Trump and a hard place named Hillary Clinton.

Barely a month ago, Ryan said he wasn't ready to support Trump, but after the men sat down for a meeting, it became pretty clear an endorsement wasn't far off. After the meeting, Ryan had nothing but kind words for Trump.

But it's probably a bummer for conservatives who were hoping Ryan would stand up for the conservative values that Trump just doesn't hold, values that Ryan has fought for during his entire career and isn't likely to change his position on.

And it's a nod to other holdouts that whether they agree with Trump's rhetoric or not, the GOP establishment needs to bite the bullet and jump on the Trump train.