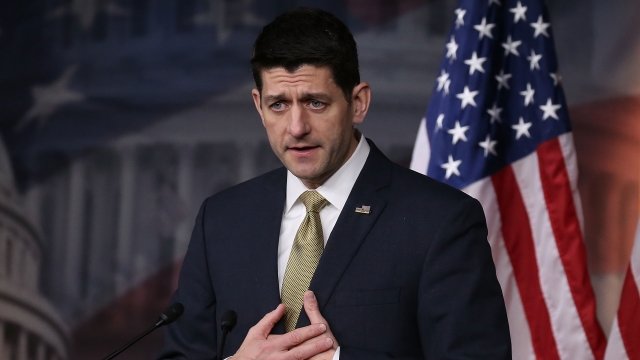 Rumors started circulating Monday when a fellow lawmaker said the House speaker was getting ready to resign.

House Speaker Paul Ryan's office says he is not stepping down from office.

That reassurance came after Rep. Mark Amodei told a Nevada news show he'd heard a rumor that Ryan was getting ready to resign.

Amodei said the rumor was that Rep. Steve Scalise, who currently serves as majority whip, would replace Ryan as House speaker.

After Amodei's comments started circulating, Scalise's office said the lawmaker is focused on his work in Congress and keeping the majority.

Ryan has yet to formally announce he's running for re-election in 2018. He previously said he and his wife usually make the call in late spring of each election year.