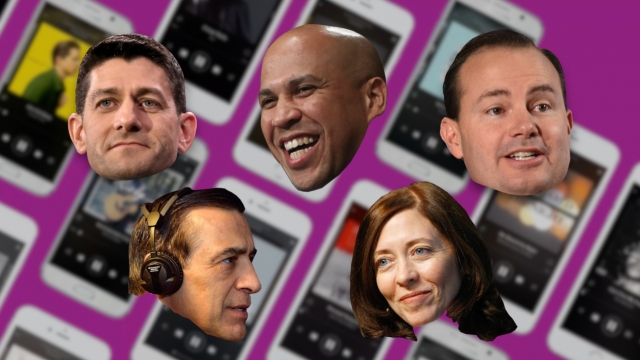 Speaker of the House Paul Ryan listens to ... Metallica?

Spotify got 20 senators and representatives from Congress to share their playlists. New Jersey Sen. Cory Booker's playlist jumps around a bit. There's some 2 Chainz and some EDM — and some Billy Joel.

With 214 songs, Utah Sen. Mike Lee has the biggest playlist of the group. He's a fan of Rush and Imagine Dragons. Washington Sen. Maria Cantwell used her playlist to show off the state's music history: Nirvana and Macklemore included.

Shaq made the cut for California Rep. Darrell Issa's playlist in the form of "What's Up Doc? (Can We Rock?)."

As for the most popular musician among the sample? That's Bruce Springsteen or the Boss.