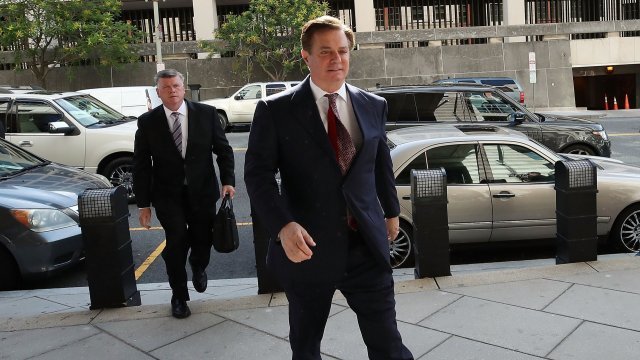 One of Paul Manafort's trials related to special counsel Robert Mueller's Russia investigation has been delayed.

The federal judge overseeing Manafort's trial in Alexandria, Virginia, which was set to begin this week, delayed it until July 31.

Attorneys for the former Trump campaign chairman argued they need more time to review about 120,000 pages of documents they received as evidence from federal prosecutors. This includes documents and images taken from items belonging to Manafort's former business partner Rick Gates.

In this case, Manafort faces a variety of charges that are mostly related to bank or tax fraud.