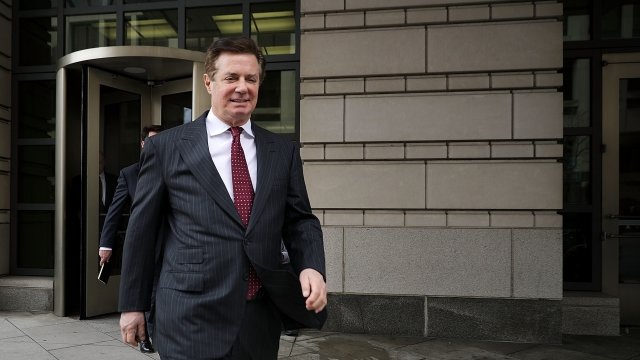 Paul Manafort's former son-in-law reportedly took a plea deal with the U.S. attorney's office in Los Angeles in connection with an investigation into his business dealings.

According to multiple outlets, the plea agreement requires Jeffrey Yohai to cooperate with other criminal investigations.

Manafort's was first indicted in 2017 and is now facing charges in both Alexandria, Virginia, and Washington, D.C. His first trial is set for July.

Yohai is a real estate developer and Manafort's former business partner. Back in June, The New York Times reported federal investigators were looking into their real estate deals in New York and California.

Reuters says Yohai pleaded guilty to several charges, including misusing construction loan funds. It's unclear what the exact terms of the reported plea agreement include.