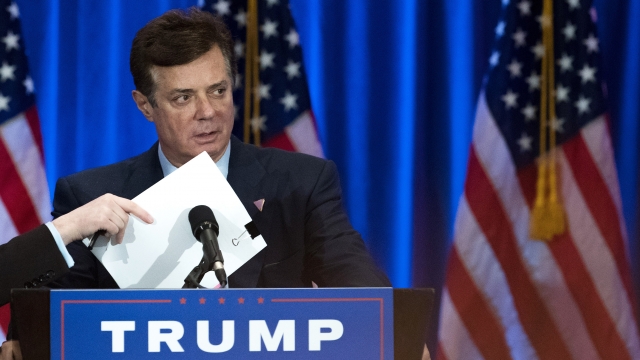 Manafort's resignation comes amid other major staff changes in the campaign.

Donald Trump's campaign chairman is out.

The Republican nominee emailed the news to his supporters Friday morning saying, "This morning Paul Manafort offered, and I accepted, his resignation from the campaign."

He continued, "Paul is a true professional and I wish him the greatest success."

SEE MORE: The Average Donald Trump Supporter Might Not Be Who You Think They Are

Manafort's resignation could be another sign that the Trump campaign is struggling. Earlier this week, his camp announced major staff changes, triggering a lot of speculation.

Manafort has made headlines of his own this week, specifically for his actions while working for a Ukrainian politician.

But Manafort released a statement that same day writing, "I remain the campaign chairman and chief strategist, providing the big-picture, long-range campaign vision."

As of Friday morning, Manafort hadn't commented on his resignation.