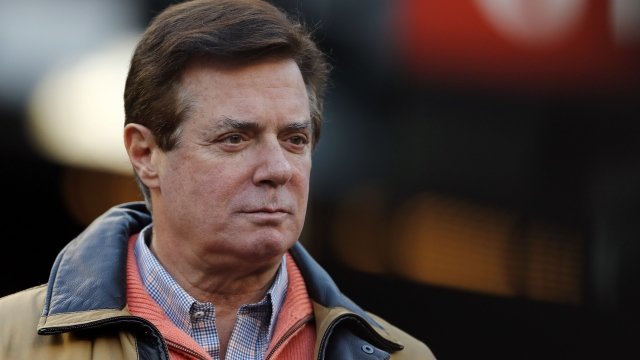 The special counsel's office says he wanted witnesses to lie about whether his work for Ukraine's past president, a Moscow ally, extended to the U.S.

Former Trump campaign chairman Paul Manafort faces two more charges in the special counsel investigation. He and one other person were indicted on counts of obstruction of justice and conspiracy to obstruct justice.

The charges stem from allegations that Manafort and a Ukrainian businessman tried to influence witnesses in the Russia investigation to lie on Manafort's behalf.

Manafort has been charged with a number of crimes, including money-laundering conspiracy, making false statements to investigators, acting as an unregistered foreign agent and more.

Manafort has maintained he is innocent. He's currently under house arrest.