Manafort Back In Hot Seat Over Payments From Pro-Russian Party 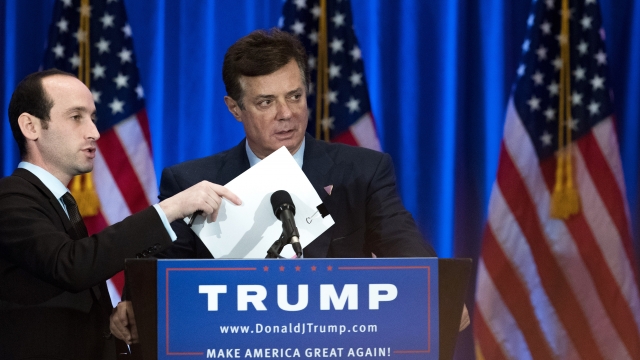 Paul Manafort — the man who, for a time, served as President Trump's campaign chief — is back in the news. Again, it's over allegations he took illegal payments from Ukraine's pro-Russian party.

Here's some background: Manafort used to work as a political consultant for Ukraine's former president, Viktor Yanukovych, and his pro-Russian party. Last August, it was revealed that Manafort may have received more than $12 million in illegal payments while working for that campaign.

Shortly after that came out, Manafort resigned from his position on Trump's campaign team.

Fast forward to Monday: A Ukrainian politician released an invoice he claims was signed by Manafort. The invoice shows a payment of $750,000 for computer parts. The date is during the time Manafort was still working for Yanukovych and his party. According to the contract, the money was funneled through an offshore account.

Before the invoice was released, Manafort might have been a victim of blackmail, according to Politico.

Manafort denies it's his signature. And so far, news outlets have yet to verify the document's authenticity. 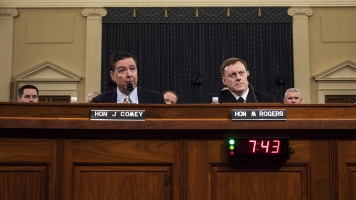 Trump's administration has been quick to distance itself from Manafort.

"There's been discussion of Paul Manafort, who played a limited role for a very limited amount of time," White House press secretary Sean Spicer said Monday. "Paul was brought on sometime in June, and by the middle of August, he was no longer with the campaign, meaning for the entire final stretch of the general election, he was not involved."

Manafort actually joined the Trump team in March 2016 and was promoted to a top position in May. He was thought to be in line to replace former campaign manager Corey Lewandowski, who was fired in June. Manafort officially resigned Aug. 19.