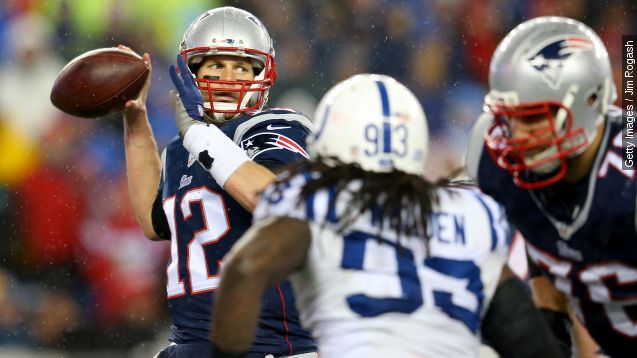 New England Patriots quarterback Tom Brady will be suspended four games after losing his appeal to the NFL for the Deflategate controversy.

In a statement, the NFL said the reasoning behind the upheld suspension was Brady's cell phone, seen as a key piece of evidence in the case, had been destroyed.

Originally, the NFL suspended Brady for four games, fined the Patriots $1 million and stripped them of their first- and fourth-round draft picks.

"The New England Patriots have done nothing inappropriate in this process or in violation of NFL rules," Patriots owner Robert Kraft said.

After a brief blowback, the Patriots accepted the team's punishment, but Brady decided to appeal.

It all started with the Patriots 45-7 win against the Indianapolis Colts in the AFC Championship game this past season. Although deflated footballs certainly aren't the only reason the Colts lost, the NFL came down hard on the Pats.

An investigation into the under-inflated footballs suggested it was "more probable than not" Patriots employees deflated footballs and Brady was "at least generally aware" of what they did.

ESPN reports the lawsuit would allege, among other things, the rule was meant for team personnel, not players; the NFL doesn't have adequate ways to measure ball pressure, and commissioner Roger Goodell should have recused himself from the appeal.

"I didn't alter the ball in any way," Brady said.

Brady's maintained his innocence throughout the monthslong ordeal.