'Patient Zero' Wasn't Responsible For The US AIDS Epidemic; NYC Was 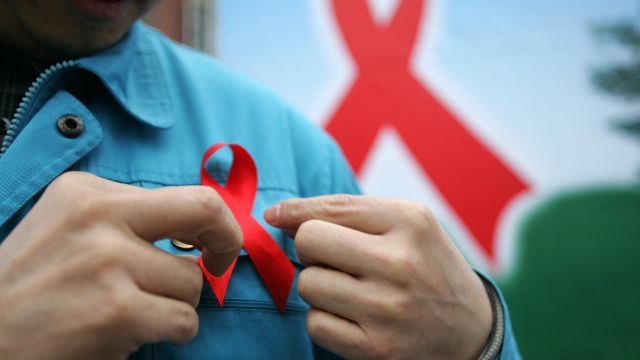 A new study shows that HIV and AIDS turned into an American epidemic by passing through New York City in the 1970s.

The research clears the name of Gaétan Dugas, a gay flight attendant who had HIV. When AIDS hysteria reached its height in the 1980s, he was dubbed "patient zero" and effectively blamed for the entire epidemic.

But Dugas' blood sample showed the strain of HIV he had started circulating throughout New York around 1971 — before he started visiting.

SEE MORE: Why Does The Government Care About The Sex Lives Of Blood Donors?

Researchers say that strain is responsible for nearly all of the U.S.' AIDS cases.

Dugas' "patient zero" moniker was also a mistake. One CDC researcher who studied Dugas' disease said he actually nicknamed him "Patient O" — indicating he was a patient who lived outside of California.

Blood analyses showed Dugas' strain of HIV jumped from apes to humans in Africa during the early 1900s. It moved to the Caribbean during the '60s and then arrived in New York City.

Because New York City was too much of a hub to contain the disease, and AIDS' symptoms weren't really diagnosed until a decade later, HIV was able to spread from New York to Europe, Asia and Australia.