Pastor Says Real Change In Minneapolis Must 'Come From The Heart' 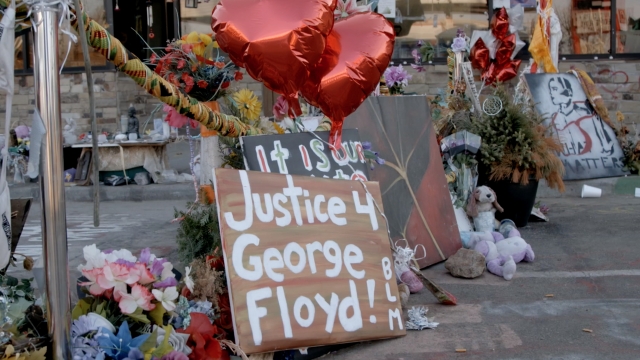 Pastor Curtis Farrar, whose church is near where George Floyd died, says Minneapolis community is nervous but hopeful.

"I felt for some reason that I was here because of God's plan and purpose for my life. And that certainly has been the case," Pastor Curtis Farrar of Worldwide Outreach for Christ said.

For roughly 40 years, Pastor Curtis Farrar's church has stood at the intersection of 38th street and Chicago Avenue in Minneapolis, steps away from where George Floyd died.

"When I came out of the church that night, it was happening right there," Farrar said.

Pastor Farrar says he has tried to help guide the community as it grapples with what occurred.

"It's been a world changing event that says to all of us, we need to look at how we deal with one another," Farrar said.

As jury selection gets underway for the trial of Derek Chauvin, a former Minneapolis police officer charged in Floyd's death, Farrar says the community is nervous and hopeful for what's to come.

Pastor Farrar says that change can start inside and outside of the courtroom. For his part, Farrar has started hosting weekly healing circle gatherings in Floyd's honor for the duration of the trial.