Passenger Jet Crashes In Russia, Killing All On Board 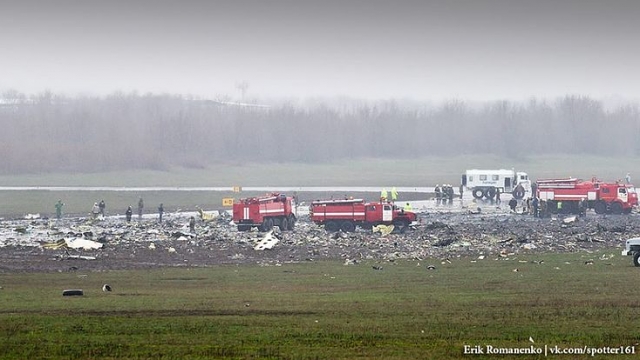 A Boeing 737 operated by FlyDubai crashed in Rostov-on-Don, Russia, on Saturday, killing all 55 passengers and seven crew on board.

Officials say bad weather was likely to blame for the crash. The plane had already made one landing attempt before reattempting hours later when it missed the runway.

Most of the flight's passengers were Russian citizens. According to a list from the Russian Emergencies Ministry, six of the seven crew members were foreign citizens.

Boeing initially tweeted it was aware of the crash. The company later said in a press release, "Boeing stands ready to provide technical assistance upon the request of government agencies conducting the investigation."

According to RT, the airport will stay closed until at least Sunday.

This video includes clips from RT and Russia 24 and an image from Erik Romanenko / CC BY SA 4.0.