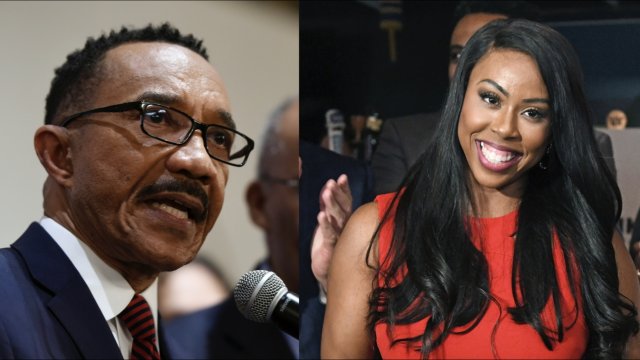 Democrat Kweisi Mfume and Republican Kimberly Klacik are running for the remainder of the late Elijah Cummings' term.

"Donald Trump wants to divide us and I want to stand with you and unite us," Democrat Kweisi Mfume said.

Mfume was one of 24 democrats running for the remainder of the late Elijah Cummings' term.

But Mfume isn't a stranger on the Hill.

He served five terms as a district's congressman until 1996, when he stepped down to lead the NAACP. His opponent?

She tweeted celebrating, after winning all three districts in the county.

Klacik caught President Trump's attention in 2019 as a guest on Fox News.

"There's a crisis at the border, but there's also a crisis in Baltimore," Klacik said.

While Klacik caught national attention, Democrats outnumber Republicans 4 to 1 in the district.

Mfume and Klacik will face off in a special general election April 28.