Current Government Shutdown Is Officially The Longest One Ever 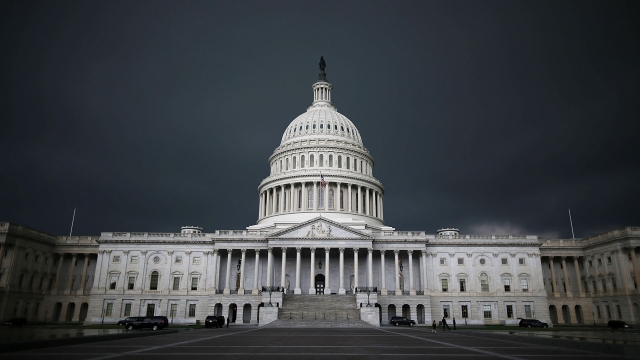 It's official. This partial government shutdown is now the longest funding gap ever.

The shutdown started Dec. 22, and as of Sunday it's lasted 22 full days. That breaks the previous 21-day record set during the shutdown that started in December 1995.

The White House and Democrats are at an impasse over a southern border wall. President Trump wants $5.7 billion to build over 200 miles of border wall or fence.

"We need a barrier. We need a wall. Whether it's steel or concrete, call it whatever you want. But we have to have it," Trump said.

Democrats don't think setting aside money for a border wall is the best solution to the border concerns.

"Right now, there is a path. Open up government. Let's have this discussion on where we can agree on the best ways to protect our borders. Let's secure our borders," House Speaker Nancy Pelosi said.

The House of Representatives, which now has a Democratic majority, has passed a number of appropriations bills to open up various government departments. But those bills haven't been considered in the Senate.

"The last thing we need to do right now is trade pointless -- absolutely pointless -- show votes back and forth across the aisle, The political stunts are not going to get us anywhere," Sen. Mitch McConnell said.

"Even if President Trump doesn't support this legislation, his intransigence has forced our hand and hurt America. We need to move foward and Leader McConnell should allow the vote to happen," Sen. Chuck Schumer said.