Like Humans, Parrots Eat Nutrient Supplements ... But Theirs Are Clay 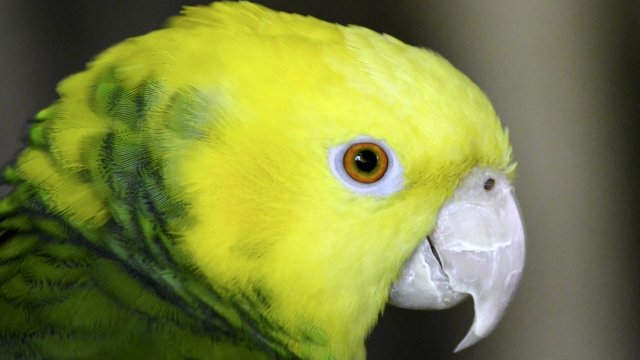 A few animals species and humans eat dirt, but researchers think they now know why some parrots do it.

When parrots in the wild want to grow, they do as humans do, and take their own kind of special supplements. Only difference? Parrots get those nutrients from dirt.

Researchers in Peru observed parrots for more than 20,000 hours and noticed the birds practiced geophagy — the intentional eating of earth.

At first, the researchers thought clay was a sort of detox treatment for the parrots; they'll sometimes eat toxic plants when options are limited. But the team found the birds actually ate more clay when safe food was abundant.

Before birds evolved the ability to fly, their ancestors jumped around. Even today, that's an efficient way to move.

Instead, scientists found that parrots' peak earth-eating was during mating season and suggested the clay could contain minerals for successful mating.

They also said parrots became especially reliant on sodium-rich clay when they fed hatchlings. Sodium is a big player in nerve function and muscle contractions and can provide the extra energy needed to feed young birds.

But just because these findings were consistent for parrots doesn't mean humans will reap the same benefits. We usually get our fair share of sodium from our normal diets — no earth needed.