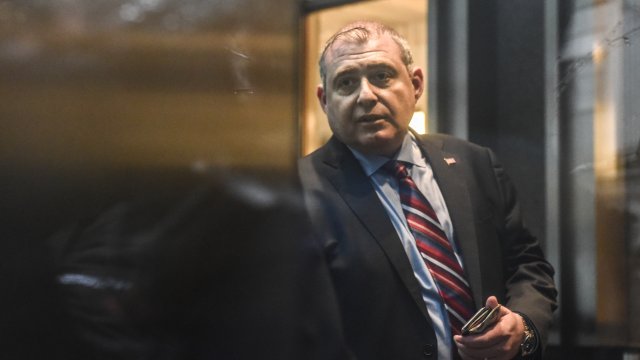 Indicted Rudy Giuliani associate Lev Parnas says President Donald Trump "knew exactly what was going on" in regard to the Ukraine pressure campaign to investigate the Bidens.

During an interview with MSNBC Wednesday evening, Parnas said President Trump was aware of all his movements. He added: "I wouldn't do anything without the consent of Rudy Giuliani or the president."

Parnas also said Attorney General William Barr and Vice President Mike Pence were in the know when it came to the pressure campaign. A spokesperson for the Justice Department and the chief of staff for Pence's office both denied the accusations.

The interview aired not long after Parnas and his attorney handed over new documents to the House Intelligence Committee ahead of the Senate's impeachment trial of President Trump.

The committee made some of those documents public Wednesday. One of them was a letter from Giuliani to Ukrainian President Volodymyr Zelenskky. In it, Giuliani writes he is working  "with the President's knowledge and consent." It's unclear what role the documents will play in the Senate trial.