Father Of Parkland Shooting Victim Removed From State Of The Union 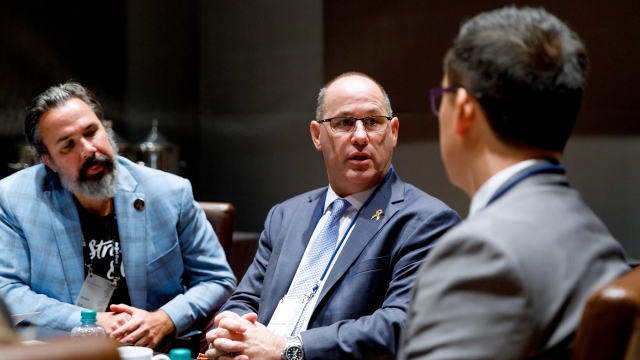 SMS
Father Of Parkland Shooting Victim Removed From State Of The Union
By Meg Hilling
By Meg Hilling
February 5, 2020
Fred Guttenberg, whose daughter was killed in the 2018 Florida school shooting, shouted at President Trump from the gallery.
SHOW TRANSCRIPT

The father of a student killed in the Parkland, Florida, school shooting was removed from President Donald Trump's State of the Union address Tuesday night after he shouted from the gallery.

Video from the address shows Fred Guttenberg being escorted from the House chamber while President Trump was discussing the Second Amendment. Guttenberg's 14-year-old daughter Jaime was one of 14 students and three staff members killed in the shooting at Marjory Stoneman Douglas High School nearly two years ago.

On Twitter, Guttenberg said: "Tonight was a rough night. I disrupted the State Of The Union and was detained because I let my emotions get the best of me. I simply want to be able to deal with the reality of gun violence and not have to listen to the lies about the 2A as happened tonight."

Guttenberg says he should not have yelled out and that he will "do better" as he continues to campaign for gun safety. He was attending the address as a guest of House Speaker Nancy Pelosi.