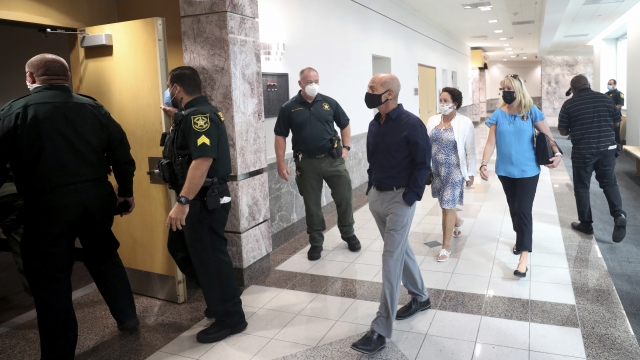 Families of 17 people killed and survivors of the school shooting at Marjory Stoneman Douglas High have reached a $25 million settlement with the Broward County School District.

The lawsuit alleged that negligence was "a contributing factor" that led to the massacre. An attorney representing the families said 52 families are included in the settlement, but he did not say how much each would receive.

However, those families with loved ones killed will receive the largest amount, split evenly among them. On Friday, an attorney representing the gunman said his client will plead guilty to all 17 murders.