Families Of Parkland Shooting Victims To Get Millions For FBI Inaction 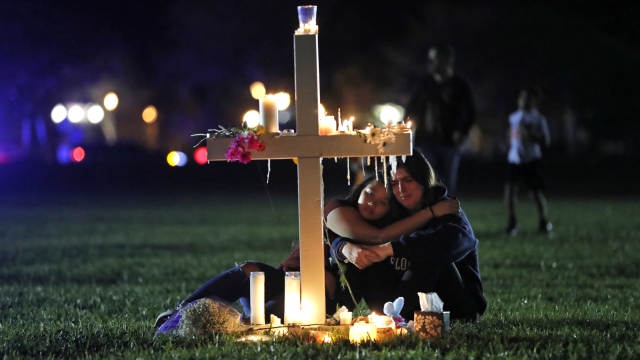 SMS
Families Of Parkland Shooting Victims To Get Millions For FBI Inaction
By Associated Press
By Associated Press
March 17, 2022
The DOJ announced a $127.5 million settlement to resolve 40 cases connected to the school shooting at Marjory Stoneman Douglas Hight School.

Federal officials confirmed Wednesday that the U.S. Department of Justice has reached a multimillion-dollar settlement with the families of most of those killed or wounded in a 2018 Florida high school massacre over the FBI's failure to stop the gunman even though it had received information he intended to attack. 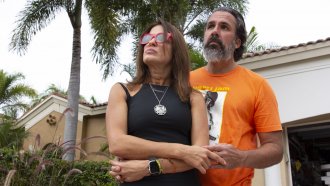 Attorneys for 16 of the 17 people killed at Marjory Stoneman Douglas High School in Parkland and some of those wounded previously announced in November that they had reached a monetary settlement with the government over the FBI's failure to investigate a tip it received about a month before the massacre. The 17th family chose not to sue.

The government's announcement Wednesday said the settlement resolves 40 cases connected to the shooting for $127.5 million. The settlement does not amount to an admission of fault by the United States, according to a Justice Department news release.

About five weeks before the Feb. 14, 2018, shooting, an FBI tip line received a call saying a former Stoneman Douglas student had bought guns and planned to "slip into a school and start shooting the place up.”

“I know he's going to explode,” the caller told the FBI. 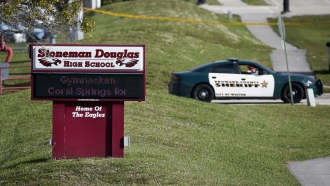 Parents Of 'Stand With Parkland' Advocate For School Safety Reform

But that information was never forwarded to the FBI's South Florida office and the former student was never contacted. He had been expelled from the school a year earlier and had a long history of emotional and behavioral problems.

The 23-year-old shooter pleaded guilty last October to 17 counts of first-degree murder. He will receive either a death sentence or life in prison after a penalty trial that is scheduled to start in April.