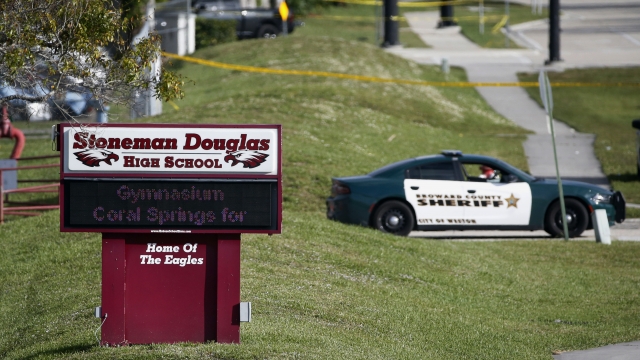 SMS
Jury Selection In Parkland Shooter's Sentencing Trial To Begin Monday
By Haley Bull
By Haley Bull
April 1, 2022
The shooter has plead guilty to all 34 counts of murder and attempted murder after opening fire at Marjory Stoneman Douglas High School in 2018.

Not a day goes by that the lives of those lost on February 14, 2018 aren't remembered.

"The loss of our daughter has been devastating and we, as her parents, have to go and represent and show how much she was loved and missed," Gina's father, Tony, said.

The Montaltos plan to be in the courtroom for certain days as sentencing gets underway for the confessed Parkland school shooter.

"I think it's important to remember that every day without our beautiful daughter is long, it's devastating and difficult to get through," Tony continued. "The process in the court room we understand is necessary, is part of our justice system. It certainly won't be easy on our family, but it is part of what needs to be done."

The shooter has plead guilty to all 34 counts of murder and attempted murder after they took an Uber to Marjory Stoneman Douglas High School, went inside and opened fire before leaving amongst those fleeing the terror.

Now a jury will decide whether to recommend a death sentence or life in prison without parole.

The jury must be unanimous.

A judge can only deviate from the jury's recommendation if death is recommended.

"Up until 2016, Florida permitted a death sentence with a non unanimous jury vote. As of 2016, that's no longer the case," Death Penalty Information Center Executive director Robert Dunham said. "Now, the jury has to unanimously agree that the aggravating circumstances outweigh the mitigating circumstances before it — the jury as a whole — can recommend that the judge impose death. And in Florida, the role of the judge is now a kind of backstop against run away juries."

Throughout the potentially months long trial, arguments, evidence, expert testimony and victim impacts will likely be brought before the jury.

"It's a very serious proceeding and I would expect it will take quite a while," University of Florida Levin College of Law Professor Jennifer Zedalis said. "Regardless of what the exact evidence is, it will be emotional."

Leading up to the sentencing phase, the defense has already tried to challenge Florida's death penalty.

"The state is permitted to offer victim impact testimony in capital murder cases. I think that will be very compelling and that will be a very strong aspect about the prosecution's case. Again, this is an educated guess," Zedalis continued. "I think on the defense side, I would expect there will be a lot of evidence and testimony relating to Mr. Cruz's mental and emotional circumstances, his background from pre-birth, pre-natal, all the way up to the time of the shootings."

"This murderer was cold and calculating and vicious," Tony Montalto said. "He planned his attack and he went out and executed his attack. Whatever struggles he may have had in his life, there were many people who struggle with far worse things who don't have the amount of help that was offered to this individual, that do not go out and murder 17 people, that do not injure another 17 and do not terrorize an entire school."