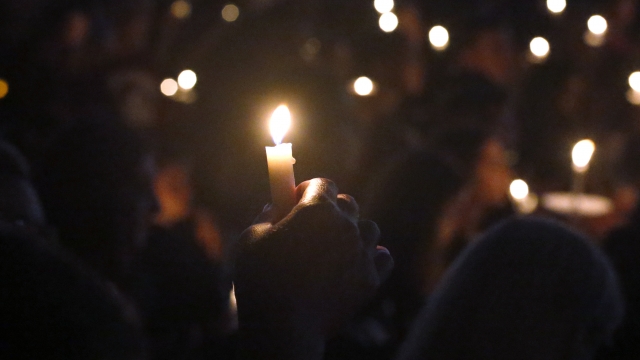 Broward County school officials designated the anniversary as a "Day of Service and Love" to honor the victims, while flags in Tallahassee flew at half-staff. Parkland alumni and parents also remarked on the tragedy while urging lawmakers to take action. The attack once again brought national attention to the issue of gun violence and spurred creation of the youth-led March For Our Lives movement.

There have been some significant changes to gun laws since March for Our Lives was founded, and the group, arguably, changed the tone of the gun control debate. The Giffords Law Center reported in December that 137 gun safety bills had been signed into law since the Parkland shooting.

Gun reform has also become a key issue among Democratic presidential candidates. And President Trump has expressed support for a federal "red flag" law, but has vowed to safeguard rights his supporters believe to be guaranteed under the Second Amendment.

"What about victims of gun violence like my daughter?"

That was Fred Guttenberg, whose 14-year-old daughter Jaime was killed in the Parkland shooting. Speaking to CNN, Guttenberg criticized the Trump administration for conflating gun safety activism with "taking away guns."

"All I could sit there thinking about was, my daughter was killed by an American teen male. So I was getting angry because he wasn't addressing actually the cause of all violence in this country," said Guttenberg. "He's saying to his followers that people like me want to attack the Second Amendment, and that's just an absolute brutal, disgusting, vicious lie."

On Monday, the president met with the group Stand With Parkland to unveil the School Safety Clearinghouse, a best practices website providing resources to school officials, parents and law enforcement. But there reportedly was no discussion of tighter gun laws.