To Get To The Sun, NASA's Probe Will Have To Hit The Brakes 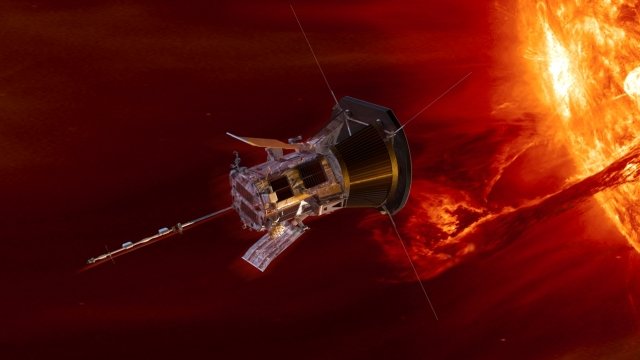 SMS
To Get To The Sun, NASA's Probe Will Have To Hit The Brakes
By Evan Thomas
By Evan Thomas
August 10, 2018
It will take multiple rockets and a series of gravity assists to put the newest solar probe where it needs to be.
SHOW TRANSCRIPT

Launching a mission like the Parker Solar Probe is a little trickier it looks. When it leaves Earth, it will be going too fast to get to the Sun.

The sun might be a sitting target, relative to Earth, but Earth is orbiting the sun at about 67,000 miles an hour. So the probe first has to make it out of our atmosphere into space, and then it has to run its engines hard enough to cancel out the momentum from Earth's orbit — otherwise it would follow roughly the same path.

Such a big change in velocity requires a big rocket. The Delta IV Heavy is one of the most powerful boosters available right now, and even that won't be enough. Mission planners had to add an extra engine to the probe itself, to help it slow down that last little bit.

And once the rockets have done their work, the gravity assists start.

Borrowing a planet's gravity is one of the oldest tools in space travel. It's generally used to go faster into deep space, the way the Voyager or New Horizons probes did. But this sun-bound probe will be counting on the pull from Venus to slow it down even more.

This will also help fine-tune the probe's orbit around the star — close enough to do its science, but not so close that the sun will burn it up or pull it down.

Once the orbit is stable enough, the probe will finally get a chance to go really fast. In fact, for a time during every orbit when it falls toward the enormous gravity of the sun, the Parker Solar Probe will become the fastest human machine in space.