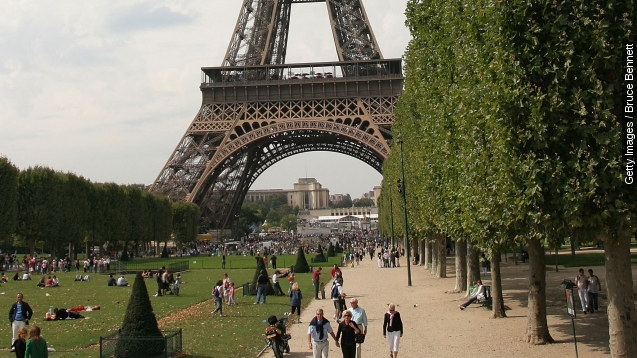 The mayor of Paris wants her citizens to take advantage of the fresh air on Sunday. So she's banned almost all cars from driving in the city's center, around landmarks like the Eiffel Tower and Champs Elysées, for the entire day. (Video via France 24)

Emergency vehicles, taxis and buses are the only vehicles allowed in roughly 30 percent of the city, according to BFMTV. In the rest, cars are limited to 12 miles an hour.

Still, there's more than symbolism at play here. In March, Paris briefly ranked first in the world for air pollution. (Video via France 24)

And, in general among western cities, the World Health Organization places Paris at third-worst, behind only Los Angeles and Berlin.

Interestingly, Paris' car-free day started as a citizen-led movement, which petitioned the mayor more than a year ago. (Video via Paris Sans Voiture)

And it seems to be getting a lot of support, even from some unlikely sources.

The president of a French drivers' association told USA Today, “I rarely agree with the mayor of Paris, but this time I am on her side. It’s a symbolic gesture that allows people to rediscover certain streets."

Still, some environmentalists believe the ban on cars isn't strict enough. They are now calling for a car-free day to cover the entirety of Paris next year.