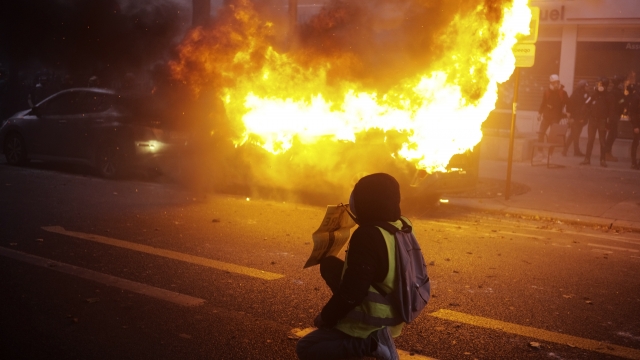 Protests in Paris turned violent Saturday as anarchists rioted in protest against a proposed French security measure that would increase public surveillance.

The group joined thousands of people demonstrating peacefully across France — protesting against the proposed French law, which would also restrict sharing images of police on social media.

The law-and-order bill was penned by President Emmanuel Macron ahead of the 2022 election but has turned into a flash point with racial overtones.

The French government said it needs to better protect themselves but critics say the laws will make it harder to hold police accountable for brutality. After initial pushback, Macron said he would rewrite the legislation but many are still furious at what they see as a government attempt to limit liberty.

French officials said over 52,000 people protested around France, with 64 being arrested.