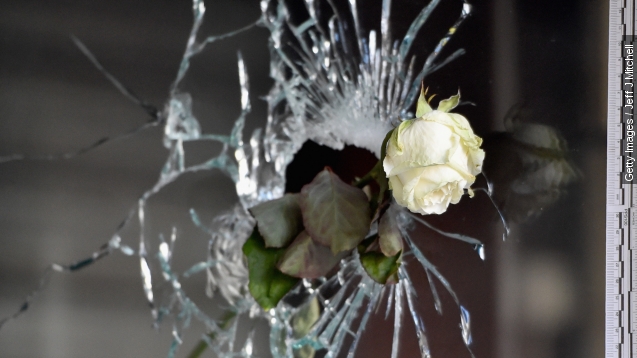 The attacks in Paris are driving fresh discussion about encryption. For better or for worse, it's familiar ground.

In its initial story on the Paris attacks, The New York Times cited anonymous French officials who said the perpetrators "are believed to have communicated using encryption technology."

It later removed and republished the piece with softer language — and published another that outright said officials had no evidence the attackers even used encryption — but the narrative was already gaining steam.

"They can tell would-be jihadists worldwide how to use popularly available encryption software, such as WhatsApp, Threema and Telegram," said NBC's Pete Williams.

No officials are ever named. And further investigation eventually showed at least some of the terrorists' communication was sent in the clear via SMS.

But some media and some politicians seem loath to let that information get in the way of this perfect excuse to vilify encryption and push for more surveillance powers.

Some blamed encryption for the lack of warning during the Paris attacks, which is inaccurate. The New York Times' own report notes intelligence agencies had at least some inkling of a possible attack as early as September.

Others want to pin blame on Edward Snowden, suggesting changes in surveillance practices after his well-publicized leaks gave ISIS more digital room to maneuver in preparing for the attacks in France. (Video via Al Jazeera)

Former CIA director James Woolsey went so far as to say Snowden had "blood on his hands."

Arizona Sen. John McCain has called for fresh legislation to install backdoors in popular software, which experts have spent months warning would weaken protections for everyone. (Video via C-SPAN)

Republican presidential hopeful Donald Trump made nonspecific urgings to "take back the Internet" from ISIS. (Video via CBS)

And Rep. Joe Barton of Texas wants the FCC to filter the group's sites from the Internet: an unfeasible game of whack-an-insurgent at best, and a trampling of the First Amendment at worst. (Video via C-SPAN)

All the while, the argument from the security community is the same as it's been this whole time: Backdoors aren't the answer, and banning encryption entirely is even less of an answer.

It's a tool that keeps Web communication secure for everyone, and everyone benefits when it's stronger.

Look at it this way: If you shop on Amazon or check your bank account balance online or use Facebook, you use the same types of end-to-end encryption that everyone's worried about. But you probably don't consider yourself a terrorist, right? (Video via Amazon, Facebook)