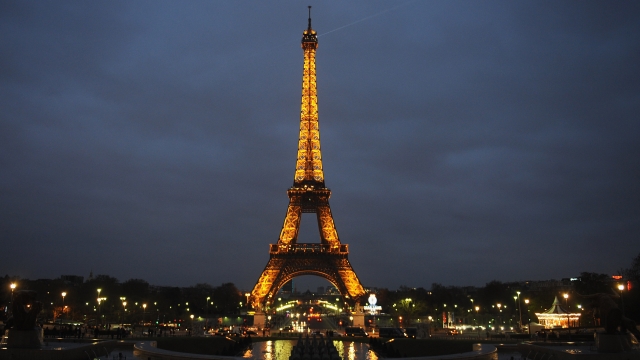 SMS
Paris' Solution To Air Pollution? Free Parking
By Lindsey Pulse
By Lindsey Pulse
December 29, 2016
The city has seen alarming spikes in smog levels this year, so it's offering some drivers free parking for a day.
SHOW TRANSCRIPT

Paris is giving local residents free parking for a day to fight the city's recent spikes in pollution.

The deal is valid Dec. 29, but if smog levels don't go down, the city says it might go even further and offer people free services for electric cars and bike-sharing.

An organization that monitors air quality in France expects pollution to reach a "high" level in some parts of the country during the last days of December.

Paris has seen a few concerning spikes in air pollution recently. In early December, authorities put a temporary ban on cars when the city had one of its highest pollution episodes in the past decade.

And Paris, Madrid, Mexico City and Athens announced they want to ban diesel vehicles by 2025.

But where does Paris rank in the grand scheme of things?

The city is pretty high up there, but it's not topping the charts. Right now, smog is considered a health concern for certain groups of people but not everyone.

Experts recommend active children, adults and those with respiratory disease in the city should limit time outdoors but don't need to avoid it completely.

But in places like China, parts of India and even Las Vegas, pollution can reach levels that are hazardous to all people.