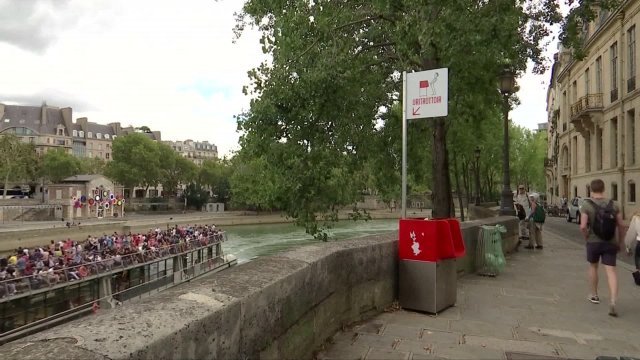 No, it’s not a trash can, and it’s not a planter either. These red-topped boxes peppering the streets of Paris are open-air urinals.

It’s an issue Paris has struggled with in the past, going so far as to create an "incivility brigade" in 2016 which handed down fines for littering or relieving yourself in public.

Not everyone is happy about this solution. Locals have complained the urinals are an eyesore, especially around famous attractions like the Notre Dame cathedral.

The manufacturers of the open-air urinals say the boxes are environmentally-friendly -- they’re filled with compostable hay. And they’re supposedly odorless.