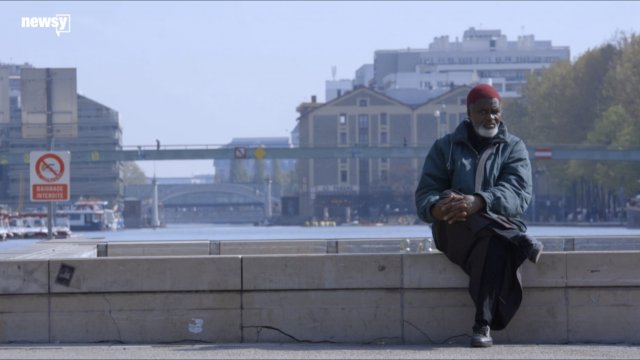 Eric wasn’t alone in his shock and grief seeing Notre Dame Cathedral -- the center of Paris -- burn. But he did have a unique perspective as he watched some of France’s wealthiest families and corporations pledge about 1 billion euros to rebuild the cathedral.

"When I hear people giving 200 million euros for that and won’t even give 10 thousand for homeless people, I say that’s awful," Eric said. He declined to give his last name.

"It’s just for their personal celebrity," he said.

Yves Colin is an executive at la Fondation Abbé Pierre.

The foundation is carrying on the legacy of beloved French priest Abbé Pierre combating poverty on an annual budget of 45 million euros. 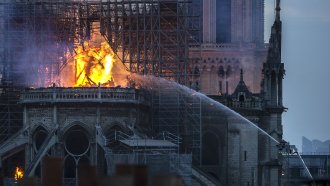 Investigators: Notre Dame Fire May Have Been Caused By A Short-Circuit

The Notre Dame cathedral has a special connection to Pierre. It's where his funeral was held. Homeless people were sitting in the front row.

On Tuesday, Colin tweeted from the foundation's account …and it's gotten A LOT of attention here in Paris.

The tweet thanks the corporations for their pledges to help rebuild Notre Dame.

But it also calls on them to donate just one percent of those pledges to the underprivileged.

"When we present a project to big companies and we ask for 10,000 euros, 20,000 euros, 50,000 euros to change the lives of people in great exclusion or often to save their lives, and we hear that it costs too much -- it is hard to hear after that, that a company can raise hundreds of millions to save a roof," Yves said. 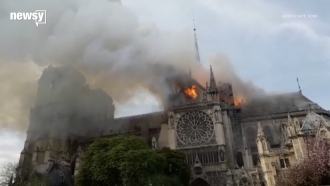 More than 67 million people live in France. About 150,000 of them are homeless and a total of 4 million are housing insecure, according to La Fondation Abbe Pierre. For perspective, France has a higher homeless rate than the U.S.

Tax breaks are another reason for criticism.

Under current law, individual donors would see a 66 percent break while corporations would get 60 percent.

And France's former Culture Minister suggested donations for Notre Dame be eligible for a 90 percent break. But he walked that back.

These tax breaks mean the French government will lose out on hundreds of millions of dollars in tax revenue.

Though the Pinault family, which has pledged 100 million euros, says it won't seek one.