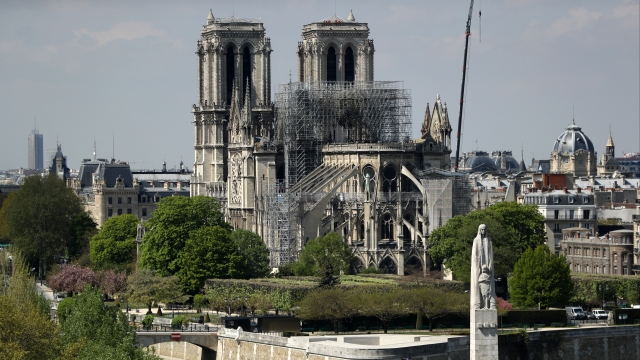 The head priest of Notre Dame Cathedral in Paris wants Catholic worshippers to have a place to go while the historic landmark is being rebuilt.

While speaking to a French TV channel on Thursday, Monsignor Patrick Chauvet suggested building a temporary wooden cathedral in front of the fire-ravaged structure.

According to the Associated Press, Paris City Hall has already approved the idea, though its sign-off is "subject to technical restraints."

Notre Dame, which is more than 800 years old, was in the middle of a $6.8 million renovation project when it caught fire Monday. It took fire crews more than nine hours to put out the flames.

Since then, French President Emmanuel Macron's set a five-year timeline to rebuild the church. That deadline just so happens to coincide with the 2024 Paris Olympics.

As Newsy previously reported, some think it's more likely to take decades to reconstruct Notre Dame, which lost its spire and roof to the flames. It's unclear if building a temporary church nearby would have any effect on the president's timeline.