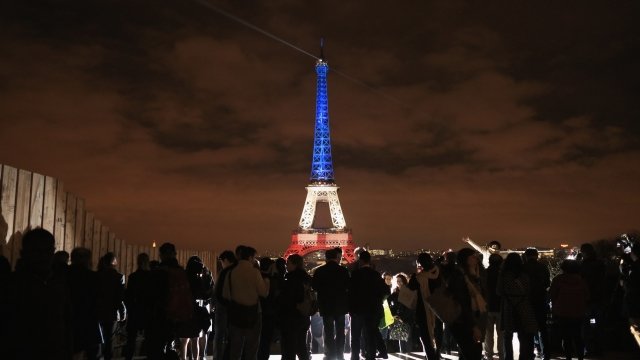 SMS
Paris Attacks Suspect Sentenced To 20 Years Over Police Shootout
By Katherine Biek
By Katherine Biek
April 23, 2018
A Belgian court found the suspect guilty of attempted murder over a shootout with police shortly before his arrest in 2016.
SHOW TRANSCRIPT

The sole surviving suspect in the 2015 Paris terror attacks was sentenced to 20 years in prison Monday on separate charges.

A Belgian court found Salah Abdeslam guilty of attempted murder over a shootout with police shortly before his arrest in 2016 for the Paris attacks. His co-defendant also received a 20-year prison sentence.

Abdeslam's currently being held in a French jail, awaiting another trial for his alleged role in the attacks themselves, which left 130 people dead and hundreds more injured. A date has not been announced for those proceedings.