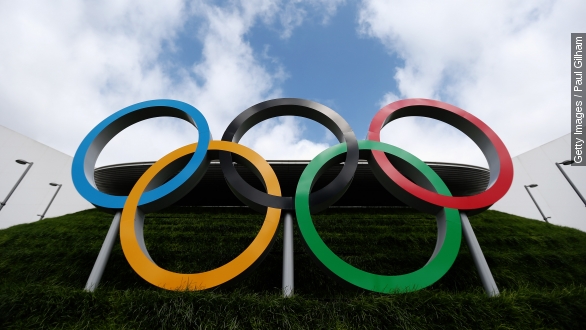 SMS
Paris Applies To Host 2024 Olympics Despite Waning Interest
By Matt Moreno
By Matt Moreno
April 13, 2015
On Monday, Paris became the fourth city to officially apply to host the 2024 Summer Olympics. But does the city really want the trouble?
SHOW TRANSCRIPT

Paris will now join Boston, Hamburg and Rome in a bid for the 2024 Summer Olympics.

But how badly do these cities even want the Olympics? The games cost a lot of money to put on.

And if the 2022 Winter Olympics bid is anything to judge from, not a lot of cities are really seeing the benefit. Out of six original cities, only two have not pulled out of the race — Beijing and Almaty, Kazakhstan.

Although political and security issues was cited as the reason Ukraine pulled its bid, most of the other cities cited the growing cost of hosting the games and dwindling public support as the reason they had to bow out. (Video via Ukraine Today)

And, especially at that price, one industry expert told CNBC, Sochi, just like host cities before, wouldn't be making money off the Games. "Most of the games don't count the funds used by governments and taxpayers to subsidize them. When you do that, not one game has made money," Robert Barney, founding director of the International Centre for Olympic Studies at Western University in London, Ontario.

No profit and usually heightened criticism over a country's human rights issues and politics — you can see why cities may not be jumping at the chance.

Paris's mayor, Anne Hidalgo, was even said to be a bit "cautious" over throwing the city's hat into the ring, something she and French President Francois Hollande disagreed on.

From early estimates, Paris does have the issue of cost on its side.

According to an estimate from French newspaper Le Parisien, it would cost Paris about 6 billion euros — or about $6.3 billion — to host the games.

"Six billion euros is actually not that much money. ... It's a lot of money for you and me, but compared to other Olympics, it doesn't cost that much. For instance, the London Olympics cost 13 billion euros and Beijing cost 35 billion euros," said an anchor for France 24.

But support for hosting the games has dwindled a bit since the city's last attempt for the 2012 games.

A survey from French newspaper Direct Matin says 73 percent of people support bringing the games back to Paris. A high number, yet still down from 2005 when the survey reported 81 percent in favor of the 2012 games.

Even support in Boston is a bit in question. The Boston Globe says hosting the Games would likely cost the city more than $4.5 billion. The Wall Street Journal reported at the end of March the city, a favorite to win the bid, is contemplating pulling out if public support doesn't improve.

"If you live in or near Boston or any of the proposed Boston Olympic venues and you think your city might win and you want to beat the rush, you have more than two years to sell your home and move as damn far away as possible. ... Boston, you do not want the Olympics," ESPN's Keith Olbermann said.

The International Olympic Committee will vote in 2017 on which city will host the 2024 games, so things are still far from over.