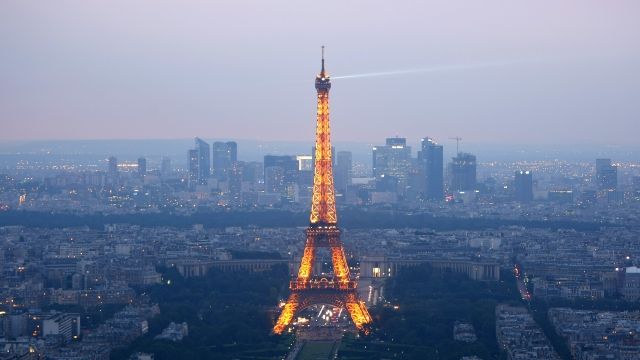 Paris is back to banning cars to fight the city's air pollution.

Authorities implemented a temporary ban on vehicles this week. According to France 24, cars with odd-numbered license plates were not allowed on the roads on Tuesday, and those with even-numbered plates couldn't be out on Wednesday.

SEE MORE: 3 Hybrid, Electric Cars That Can Get You A Speeding Ticket

To help out people with a daily commute, public transportation was reportedly made free in the cities and suburbs.

A sharp spike in the city's pollution spurred the ban. Officials blame the spike on a combination of things, including cold weather, a lack of wind and people burning wood for heat.

And that spike's not good for public health. Globally, the World Health Organization reports 3 million deaths a year are linked to outdoor air pollution.

This ban isn't the first of its kind in the French capital. Paris held daylong bans on vehicles in parts of the city center in September 2015 and 2016.

And earlier this year, officials banned cars made before 1997 from driving during daylight hours on weekdays.

This comes almost a week after the C40 Mayors Summit, which is focused on cutting carbon and fighting climate change, announced four major cities across the globe want to nix diesel cars by 2025, including Paris.

One expert told the Guardian: "Without [the ban], the air would be even more polluted. It's an emergency solution to an urgent problem."