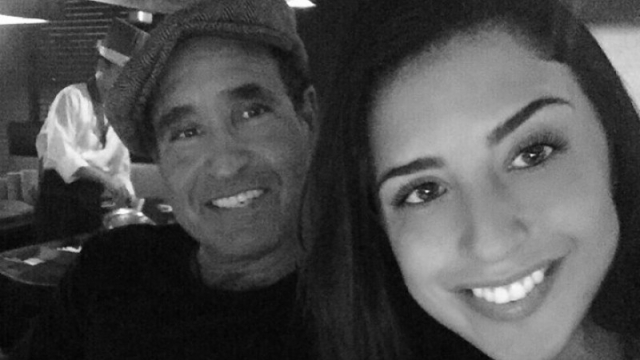 SMS
The Parents Of A Slain NYC Woman Have A Strange Message For Her Killer
By Ben Lawson
By Ben Lawson
August 17, 2016
Karina Vetrano's family is offering reward money if the killer turns himself in.
SHOW TRANSCRIPT

"Turn yourself in. I will make sure that reward money goes to the person of your choice — your sister, your mother, your brother. It's a life-changer. You will be caught, so take advantage of that," Phil Vetrano said.

The parents of a 30-year-old woman who was killed while jogging in Queens earlier this month are offering reward money to her attacker's family if he turns himself in.

Karina Vetrano's body was found two weeks ago in a park. Authorities say she was likely sexually assaulted before being strangled.

Police say she was found 15 feet from a path not far from her parents' home and that it appears she struggled with her killer before her death.

A GoFundMe page has raised more than $250,000, in addition to the reward money being offered by authorities for information leading to an arrest.

The victim's father, Phil Vetrano, says $100,000 of the money raised could be used as reward money for anyone with information on his daughter's killer. That account will also fund charities and scholarships in Karina's name.

"My daughter was a big believer of karma, and as you can see, she is magical. The whole world knows she is magical. I can guarantee you will pay," said the victim's mother, Cathy Vetrano.

Since her death, Karina Vetrano's parents have worked hard to keep their daughter's case in the spotlight.

On Wednesday, they organized a memorial walk through the park where she was killed. More than 1,000 people were in attendance.