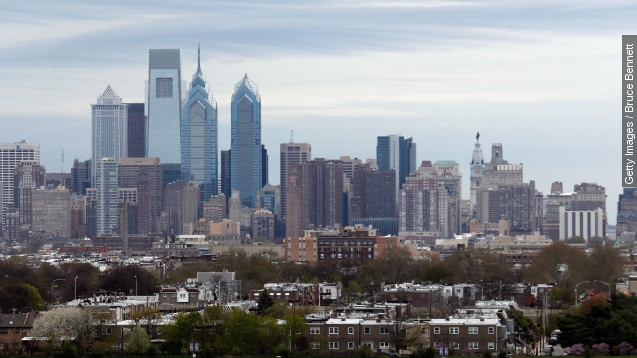 After police found a toddler wandering along through Love Park in Philadelphia on Friday, the mother tells WPVI her family is living on the streets with nowhere else to stay.

"If I had somewhere else to go, I would be there," Angelique Roland said. "I am not here on the streets with my kid on purpose."

The toddler's father says, considering their current home is made of cardboard boxes, the 2-year-old's escape shouldn't be a surprise.

"He pushed the box open, walked on these rocks, went out here and went all the way around," the boy's father, Michael Jones, said.

A 2013 report by the city said 39 percent of Philadelphia's children live in poverty — and its homeless rate is one of the nation's highest.

Philadelphia police say the toddler and his 4-year-old sister will remain in protective custody until the family has a roof over their heads. The parents have had no charges brought against them.