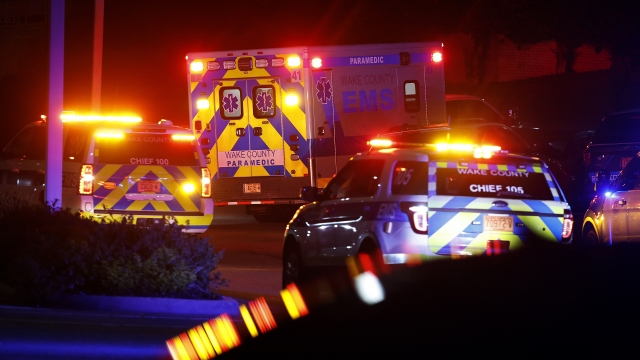 The parents of a 15-year-old boy accused of killing five people in a North Carolina shooting rampage released a statement Tuesday saying they are "overcome with grief" and saw no warning signs before the killings.

Alan and Elise Thompson issued the statement through a lawyer that acknowledges the pain caused by their son, Austin, and expresses grief for the five killed on Thursday, including their other teenage son, 16-year-old James. Witnesses described in 911 calls that the shooter opened fire with a shotgun in a neighborhood northeast of downtown Raleigh and along an adjacent walking trail.

"Our son Austin inflicted immeasurable pain on the Raleigh community, and we are overcome with grief for the innocent lives lost," the statement said.

The statement said they will fully cooperate with law enforcement to help investigators understand what happened, but they have questions themselves. Authorities have not discussed a motive for the shooting. 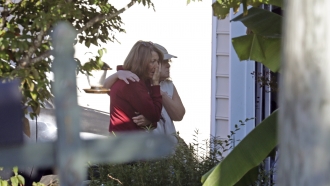 "There were never any indications or warning signs that Austin was capable of doing anything like this," the statement said.

Reached by phone Tuesday night, Elise Thompson declined to comment outside of the statement.

The Wake County prosecutor has said she will pursue adult charges against the suspect. Authorities had previously identified the shooter as a 15-year-old boy but had not publicly released the name.

Callers who dialed 911 during the shooting rampage described encountering bodies on the streets or front yards of their neighborhood and along a trail popular with runners and bikers, according to recordings released by authorities. Witnesses said the shooter was wearing camouflage and using a shotgun in the attacks that began shortly after 5 p.m.

The shooting drew officers from numerous agencies to the neighborhood as the suspect eluded capture for several hours. The victims, ranging in age from 16 to their late 50s, were felled going about their daily routines, police and loved ones said. Among those killed was an off-duty police officer. In addition to those killed, two others were wounded.