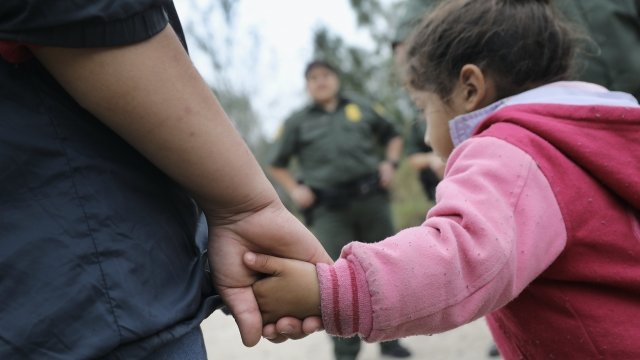 SMS
HHS Will Fingerprint Parents Seeking Custody Of Migrant Children
By Ethan Weston
By Ethan Weston
May 30, 2018
A similar proposal made by U.S. Immigration and Customs Enforcement during the Obama administration never got off the ground.
SHOW TRANSCRIPT

The Trump administration will reportedly begin fingerprinting parents coming to pick up migrant children held by the Department of Health and Human Services.

There's some worry that the policy could discourage parents from coming forward to claim their kids.

But Steven Wagner, acting assistant secretary of HHS' Administration for Children and Families, told reporters a parent who's more worried about their own immigration status than about their child might not be an "adequate sponsor."

A similar proposal by U.S.Immigration and Customs Enforcement during the Obama administration failed to get off the ground after HHS worried it would delay family reunification.