Paraguay Moves Its Embassy In Israel Back To Tel Aviv 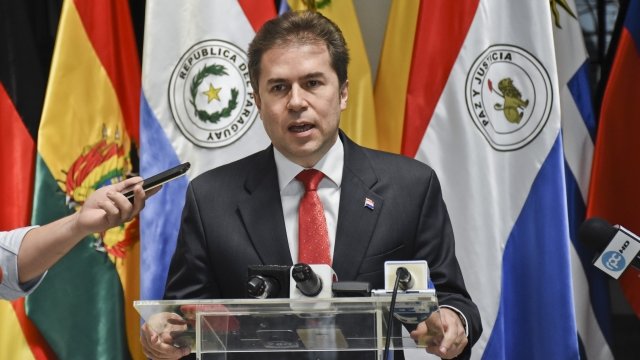 SMS
Paraguay Moves Its Embassy In Israel Back To Tel Aviv
By Jake Jones
By Jake Jones
September 5, 2018
In response, Israel said it will close its embassy in Paraguay and recall its ambassador.
SHOW TRANSCRIPT

Paraguay will move its embassy in Israel back to Tel Aviv from Jerusalem after less than four months, the county's foreign minister announced Wednesday.

Under former President Horacio Cartes, Paraguay was one of only three countries to move their embassies in Israel to Jerusalem, along with the U.S. and Guatemala. That angered Palestinians, who want to see Jerusalem as the capital of their future state. Israelis applauded the embassy moves.

But newly sworn-in President Mario Abdo Benitez opposed the decision and started moving to reverse it after he took office in August.

In response to the news, Israel said it would close its embassy in Paraguay and recall its ambassador. A Palestinian leader said moving the embassy back to Tel Aviv showed "commitment to international law."